Yogesh Chaudhary: On the red carpet 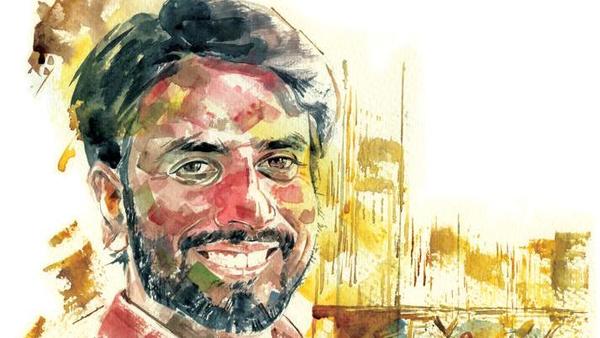 When Yogesh Chaudhary returned to Jaipur on a break from his sophomore year at Boston College in 2006, there was a dramatic upheaval at home. A theft at the office had pulled the rug from under their feet and some key people in the organization had quit.

His father, N.K. Chaudhary, founder of the family business Jaipur Rugs Co. Pvt. Ltd, was under pressure and young Yogesh decided to stay back to lend a helping hand. Even though he was to return to the US for an internship, he reckoned he could skip a semester, maybe a year.

The technology-loving, computer-making Yogesh Chaudhary, though, never went back to college to complete his management undergraduate degree (with a specialization in computer science) because he fell in love—with carpets. Today, the director of the company is propelling an expansion drive in the family business. Their third India store—after Jaipur and Delhi—opened in Lower Parel in Mumbai on 20 February.

The lean 32-year-old scion, dressed in a full-sleeved white shirt and dark trousers, is sitting in a conference room that also serves as an area for prospective customers to check colour combinations and carpet styles. We are seated at a conference-style table that’s placed on top of a red carpet, hand-knotted in wool, in a room that is in the middle of the 4,000 sq. ft store. An employee waters potted plants behind Chaudhary, and around us are carpets, neatly stacked in piles or hanging off the walls—511 in total.

When Chaudhary started working at the company in 2006, his two elder sisters, Asha and Archana, were managing the business in the US, which accounted for over 90% of the sales. Jaipur Rugs was not selling in India at the time, it was exporting everything.

There was no sales or marketing team in an office of barely 25-30 people. On a whim, Chaudhary decided to enter a local exhibition (in Jaipur) and applied for 64 sq. m of space, without knowing how big that was. He took six mats to the show, only to realize that they would fall woefully short in the allotted space. So they closed a part of the booth, put three rugs on the wall, three on the floor—“That was one of our best shows ever", he beams. “We got so many new clients—and that was our first exhibition. It got me hooked—so I got tempted not to go back to college."

Even as his mother and sisters encouraged him to return, Chaudhary took baby steps at work. He had childhood memories of bouncing on sacks of wool or rolled-up carpets. During his first year of work, he says, not one carpet was shipped out of their facility without him doing the final quality check.

He struggled initially to understand the intricacies of carpet making, but he realized he was in love with the business when he started selling them. No sooner, however, had Chaudhary made inroads into work that the financial crisis of 2008 hit—Lehman Brothers filed for bankruptcy, and the buyers of carpets dwindled.

The slowdown helped them address every grey area: They were not planning well enough, had large amounts of raw material and finished goods inventory, were not conscious of cost, and there was a lot of wastage and pilferage. “We had always been a company low on margin. Nobody in the family cared about margins. We had to become more financially sustainable," says Chaudhary.

The company is expected to touch a turnover of ?150 crore this year, Chaudhary says, up from ?18 crore when he joined.

Jaipur Rugs started selling in India only in 2016. “I don’t know why," he says, laughing. “We were a design-led company and a lot of people started copying our designs, so we became a little fanatical about not selling in India. Also, we thought our carpets were expensive (for instance, Rs1,100-6,600 per sq. ft for hand-knotted rugs) and no one would buy them here. In two years, I have realized we are well-priced," he says.

The decision to enter the domestic market was triggered by a chance trip to Bengaluru. He visited some carpet stores as a customer and realized how ignorant the businesses were, how they were over-charging and cheating customers. Angry and sad, he felt compelled to shake things up.

The company, founded in 1999, now has an online presence—its own website, and e-tailers like Amazon and Pepperfry, account for 35-40% of their overall sales. They produce 12,000-15,000 hand-knotted carpets a year on average, besides a few hundred thousand pieces of dhurries.

They were always focused on working with artisans, says Chaudhary, cutting out the middlemen so that workers’ profits would increase. The roughly 40,000 artisans—over 85% of them women—they work with across 600 villages and six states today have benefited in other ways too. The company started a design label, Manchaha, or artisan originals, which allowed the skilled workers to come up with their own designs.

“We serviced the weavers like customers," says Chaudhary, who often uses the words “super" and “humongous". “We are also a women-centric organization—receptiveness is higher among women."

The Jaipur Rugs Foundation, started in 2004, trains new artisans and upgrades the skills of existing weavers to ensure efficiency and speed. “In villages, homes are referred to by the name of the male member. In a lot of places where we work now, the homes are known by the women’s names because they are making more money than the men," says Chaudhary.

It helped that they modernized designs. Rug patterns cannot remain traditional because young homemakers are open to “crazy designs, from abstract to modern to plain to jute to interesting fibres". His third sister, Kavita, who joined the company at the same time as Chaudhary and is the creative one among the five siblings, spurred the movement by modernizing the designs, bringing in a younger sensibility.

The siblings have their disagreements, but there is a clear dividing line between who handles what and therefore has the final say in the matter. “It’s good to know when a person will always be there for you," Chaudhary says about working with his sisters and brother Nitesh, the youngest, who has just joined the business. “In business, that’s super critical. The challenge is when you don’t agree on what needs to be done, and that happens often. My father watches the game and makes sure everyone is in place."

“He is traditional in the way he works, but his thoughts are completely modern. Even before we (the children) got into business, we had walkie-talkies in Gujarat (where the family lived for eight years) before cellphones existed and our own tower for walkie-talkies. So when we moved to Jaipur in 1999, we still had them, so the police never stopped us," he says, laughing.

While he may have left tech education far behind, he continues to engage in the field, combining a hobby with a sound business. Chaudhary likes to invest in start-ups, proud of having put in money in over 40 ventures and exited only one. He talks excitedly about two in which he has invested—Chakr, which converts diesel soot from generators into inks and paints, and Betterindia.com, a media organization that publishes only positive stories.

Their own company’s plan is to have a presence in at least 15 cities in the country by the end of the year, besides focusing on the South Asian and European markets. They are looking at starting a few more stand-alone stores, with the next one probably in Bengaluru.

I wonder if people still buy carpets, and Chaudhary is ready with a quick sales pitch. “As the Persians say, a carpet brings the home together," says Chaudhary, who has about a dozen at home, including four in his room. “In functionality, they reduce the echo in a place. If you vacuum-clean it regularly, it helps with allergies by holding together all the pollen and dust that may otherwise flow in the air.

“They can be repaired and restored," he adds. “Over the next 50 years, our hand-knotted will have value—like a piece of art that will appreciate over time."