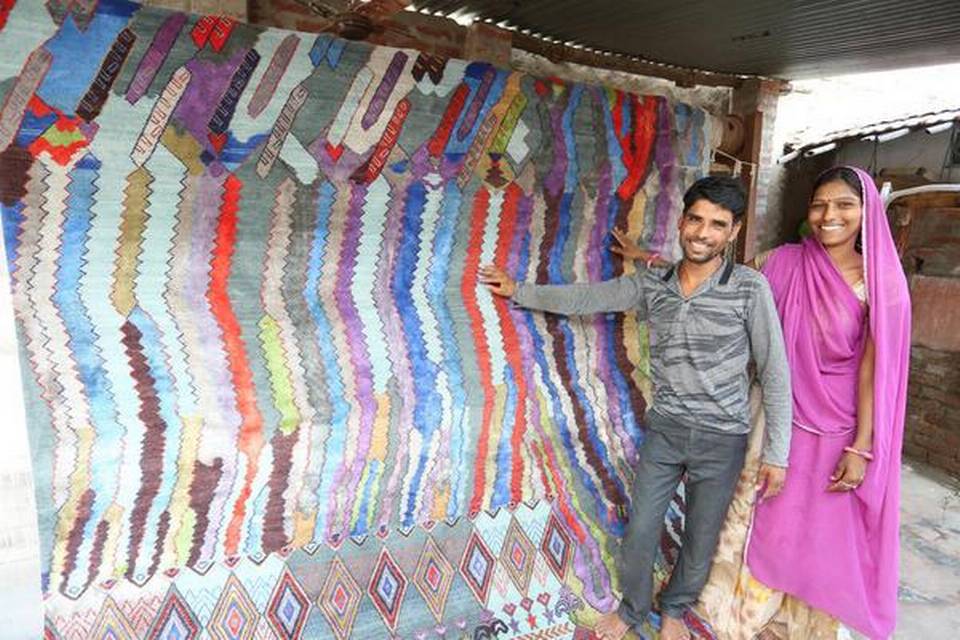 Back from Maison et Objet, Jaipur Rugs’ young leaders are taking on the world market. Kavita Chaudhary shines light on her 40,000 weavers
It is difficult for a parent to pick a favourite child, but Nand Kishore Chaudhary does. “My daughter Kavita — she has realised what the core of her father is,” he says, of his third child (of five), as he sits in his Jaipur office, a weaver at a loom just outside, in a sort of live installation. He feels she will pick up “the golden thread” of his vision, keeping his legacy alive, while infusing newness with her professional qualifications and exposure. The 35-year-old, who oversees design at the company, has already changed its design outlook, and he is certain she will also look at how grassroot change is being brought about, by women.

They are just back from Maison et Objet, Paris, the trade fair that captures the art of living, via design. “This was our second time, and we got the opportunity to launch the Mysteries of Manchaha collection,” says Kavita. The collection, which began as an idea about five years ago, put the design process into the hands of the weavers. Of the 85 hand-knotted rugs exhibited last month — in silk, bamboo silk, wool or a combination of these — 24 were artisan originals. The piece that garnered praise and interest was Saawan Ke Lehriya, with a video about the couple who created it. 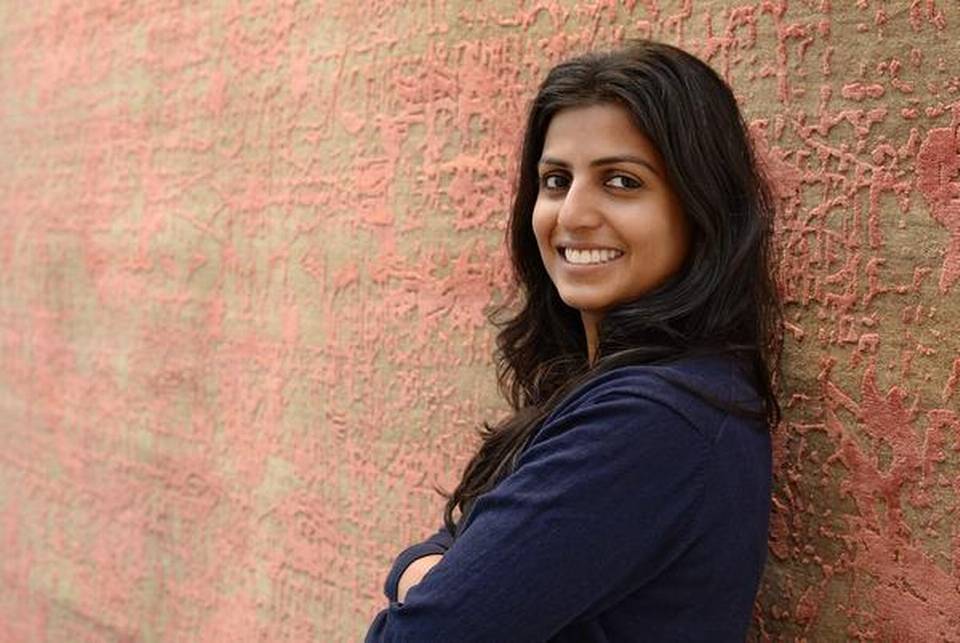 Bhagchand and Parvati, from Kekri village in Rajasthan, are both in their early 20s. The inspiration for the rug came from Parvati, who noticed a lehriya sari drying on a line and thought of mimicking it on the loom. Bhagchand, who calls his wife “meri mrs”, originally did not agree with her vision, but soon came around. So one part of the rug has his original design, but Kavita does not see it as an aberration. “It’s born out of the process of being on the loom, not out of being in a studio,” she says. The video at Paris took on a new meaning when journalists marvelled at the fact that Parvati had a voice. Jaipur Rugs did not mean to make it about empowerment, but it turned out that way.

The company — which is now synonymous with luxury and designer collaborations, including names like Kate Spade and Gauri Khan — did not start out as a game-changer in design, though. The idea, way back in the late 1970s, was simply to establish a direct connect with weavers. Most of the people Chaudhary worked with were from the so-called untouchable community, and while his family was initially happy, they quickly changed their minds when he began visiting weavers’ houses and learning the craft from them. In 1999, he split with his brother, and restarted the company. As he built Jaipur Carpets (as it was then known), his daughter Kavita would watch her father having a hard time with buyers. “I hated it because I thought it was an ugly industry,” she recalls, preferring instead to be in the art department and see how a design was transported on to graph paper for the weaver. Also, she never saw it as art because most designs were floral and congested.

Looking beyond flowers
In 2001, she went to Atlanta to study interior design, but after a summer programme in fashion at Parsons Art and Design School, New York, she took up textile design in the Art Institute of Chicago. Ironically, it was on an internship at home that she realised the looms she had played amongst were right there, in her backyard. “I think I was very stupid,” she says, in retrospect. That year, the family was working on a collection and she suggested a few tweaks — and a rug won the 23rd America’s Magnificent Rug award. “My father cleverly got me into it, but I feel I made that choice,” she laughs. 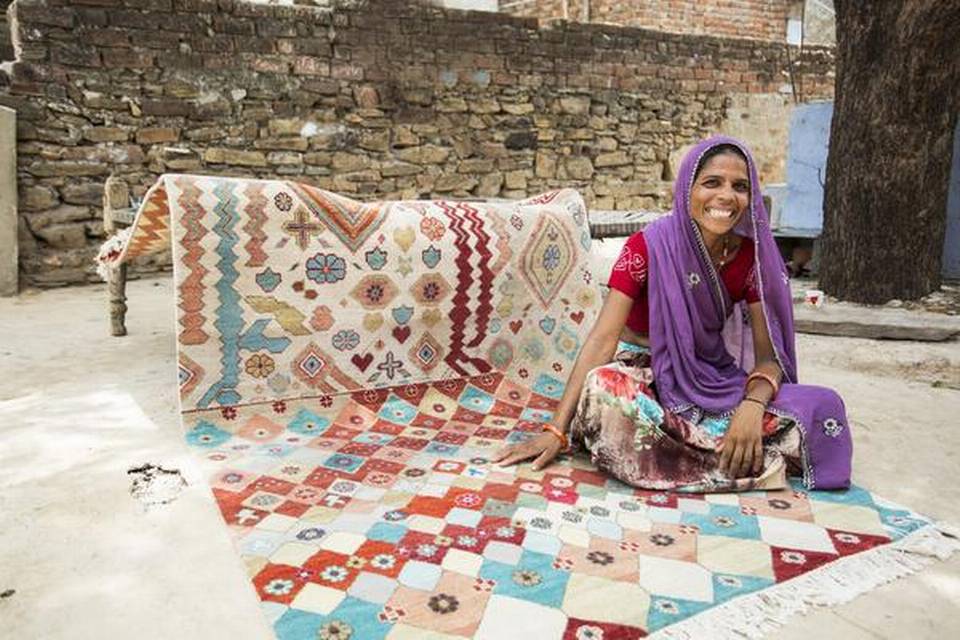 Today, her design philosophy is not centred around flowers and classical palettes. And her inspiration is not other carpets, either: it is things like furniture or the way cushions are thrown on a sofa, balancing colour and proportion. “I like things that blend naturally, with colours and shapes flowing organically,” she says. She likes geometrics too. Design is a process for her, she says, and though Domotex in Germany (their biggest show) is what they gear up for each year, there are several smaller ones that test out concepts.

The design turning point came about a few years ago, when, at an international exhibition, Chaudhary wondered why buyers flocked to European design houses. “Kavita said ‘give me two years’,” he says. She began working intuitively, coming up with Chaos by Kavi in 2013-14. Its contemporary, abstract sensibility sold in over 35 countries, and her style evolved from there — modern, textural and in tune with international styles. Today, she is working on giving the weavers — over 40,000 across five states — royalty on the Manchahas.